Love is a sweet tyranny, becase the lover endureth his torments willingly.
-Proverb
Welcome
I've always been a voracious writer (and reader), with hopes of one day becoming a published author.  Now that I am, I love the fact that my job is to write about love, all kinds of love, between all types of people.  Writing is not just a job...it's a journey. And you never know where you'll end up.  Thanks for stopping by and letting me share my fictional world.
New release news!

CROSS, book 2 in the Formicary series will be available on Kindle Unlimited on the 3rd of November! 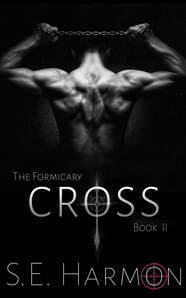 I thought getting shot, losing my memory, and being hunted by people I didn’t know for reasons I couldn’t remember was rock bottom. Turns out I was wrong. Someone found a shovel, dug a little deeper, and found a whole new sublevel of suck.

Apparently, I took something from the Formicary that doesn't belong to me. The boss, Petar Dobroslav, is willing to do just about anything to get it back. Making an enemy of a super-secret organization of assassins might seem like a bad idea and…well, it absolutely is. Now the life of the man I love hangs in the balance, and I'm not sure how to make things right.

To be honest, it was inevitable that Grayson Laurie would get dragged into my mess. In my line of work, love is a luxury, a vulnerability I can't afford. But I couldn't stay away, and now we're both paying the price. I'm many things, but naïve is not one of them. Even if I give Dobroslav what he wants, he's not going to let either of us go.

But I can fix this. I will fix this. All I have to do is figure out how to take down a network of genetically enhanced assassins... who are equally skilled at fighting as me. Oh, and if I could manage to do it without getting us both killed, that would be fantastic.
​
Everyone knows the Formicary is a formidable adversary. It's time to remind them that so is Christian Cross. 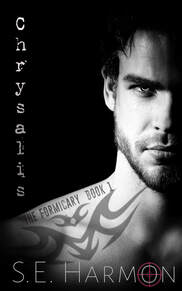 A gunshot to the head is bad enough. Waking up with amnesia is far worse. I learn that the hard way when I wake up in the hospital, my memory practically wiped. I don’t know why someone wants me dead. Hell, I don’t even know my name. They say my name is Christian Cross. Too bad that name means nothing to me.

I haven’t forgotten everything, though. Grayson Laurie has always been my kryptonite, and it would take more than a bullet to the brain to forget him. He assures me that I’m imagining the distance between us, but I know better. I just don’t know how to fix it. I console myself that at least I've reached rock bottom and things can’t get worse…until they do.

My life is a tangled mess of lies and deceit. The more I learn about myself, the less I want to know. I want nothing more than an honest future with Gray, but the past isn't about to let me go without a fight.

Fortunately, I’m starting to realize that fighting is my specialty.